That sure was a lightning-fast summer, wasn't it? I had a good time out at Wisteria attending the Summer Solstice and Starwood festivals. A new pedicab was finished for each of those events and tested out during the week-long Pagan party scenes. I refer you to these photos for edification:

The Rasta Buggy, a 3-seater sidecar with 24" wheels all around and the first design to incorporate a hand-crank for auxiliary power input by the outermost passenger.

The Skycar, a 2-seater sidecar with 20" wheels and another hand-crank, although admittedly not as effective due to its aft position. This one, however, is by far the lightest sidecar construction as of yet.

By the grace of Wisteria's non-existent clothing policy I also have some pictures of two lovely naked women on the Bumblebee Bike, but of course I'm not allowed to post things like that here. Use your imagination, I guess.


Another event that BBI made an appearance at was the annual Boogie On The Bricks, which is Athens' only street festival where you get to drink beer and dance on Court St. to your heart's content. It's always a good time, and I even had one of the performers on slide whistle at the Washington Street intersection spontaneously incorporate me and the Skycar into their gypsy music act. It was great! 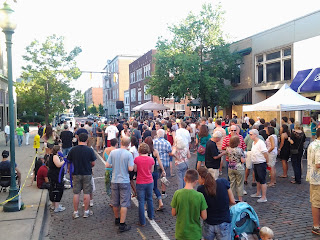 Good turnout for this event! 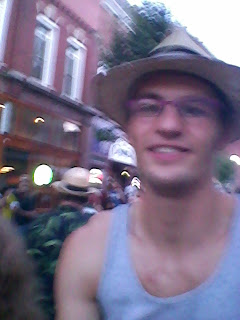 I won't lie, I did get a little fuzzy. 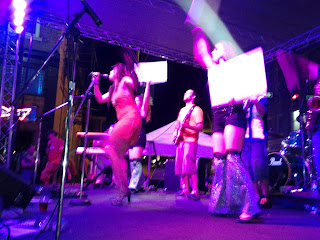 
Also, Bikes Bring It held a Grand Opening Party in conjunction with my birthday celebration, which not only provided an impetus to clean up my garage and workshop, it also made for a good time with a whole weekend of visiting friends, music, and rock climbing. 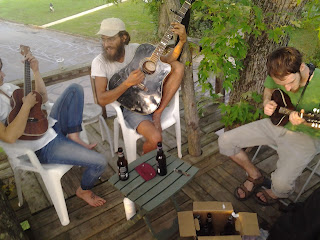 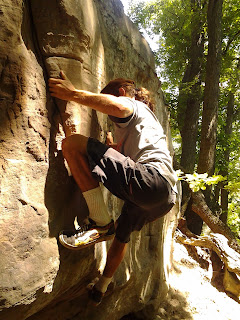 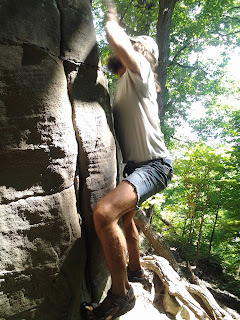 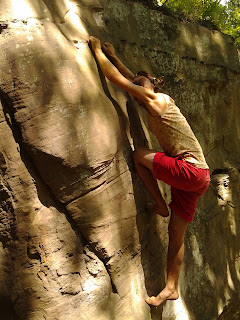 Posted by Eric Cornwell at 6:49 PM