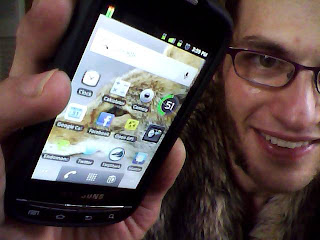 I'm pretty stoked on this new smartphone device that I bought for my business. I spent all last week discovering and testing ways that it can help me track, log, record, share, and display information about Bikes Bring It. Besides, it has unlimited entertainment value as well, being able to play music, movies, books, and games.

Here's a list of a few applications that I will be using frequently:

Twitter: Now updating twitter and logging fares is easier for me, since I can create tweets by voice and keep my hands on the bike more.

Facebook: I recently created a Facebook page for BBI, so same goes for updating that- can be done by voice and from virtually anywhere.

Camera: You may have noticed some new videos and pictures coming from this device, the quality of which I am pretty impressed with.

Endomondo: A workout tracking app that records routes via GPS and keeps stats on mileage, duration, average speed, top speed, and altitude changes. All records are saved to my Endomondo profile and added to a worldwide list of cyclists and other sports participants. The leaderboard shows Athens as having the most cycling miles per capita of all cities in Ohio, which makes me proud!

Open GPS Tracker: I haven't field tested this one yet, but it seems like a good app for tracking individual fares as opposed to the whole night's operation. It gives a live map with the route drawn on it, with a color gradient to represent speed, as well as a compass and a readout of current speed, time elapsed, and miles traveled. It has an option to post trips to Twitter, which I can use to collect more information on each individual fare and determine average tips based on the distance or duration of my trips.

Square: This one was a big surprise to me- it's a credit card-reading device that plugs into the headphone jack on my phone. BIKES BRING IT NOW ACCEPTS ALL MAJOR CREDIT AND DEBIT CARDS!! It allows customers to sign their name on the touchscreen for transactions over $25, and I believe allows receipts to be sent by e-mail. The company providing the service charges %2.75 on each transfer, which is less than the %6.9 that Paypal gleans off of each use. 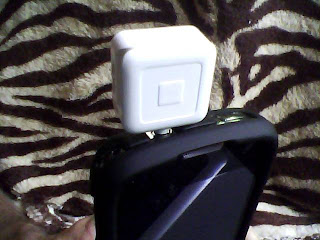 Google Calender: This one technically isn't an app, but by pointing the phone's browser to my Google Calender, it formats the website for mobile devices well enough that it functions basically the same as an app. Now my calender is accessible and updateable from virtually anywhere.

Clock: Displays date and time, has buttons to go to weather, alarms, gallery, music, and dim the screen.

Calculator: For when I need to crunch numbers and get some averages out of my data. Saves the last 10 operations.

Tiny Flashlight + LED: Added as a widget on the home screen. Just punch the icon, and the camera flash begins continuous illumination, which can be really handy. Opening the app from the menu also gives you options like strobe light, programmable morse code flashes, and imitations of flashing traffic lights, an incandescent bulb, or police lights.

Skyclerk: A simple ledger app that I use to record all profits and expenditures

TinyShark: An un-official Grooveshark player. Now I can plug the portable battery speakers on my sidecar into the phone and stream my own custom playlist from the internet!


Here are some accessories I've bought to go with my new phone:

-a cheap bluetooth headset by Emerson, also from Big Lots. 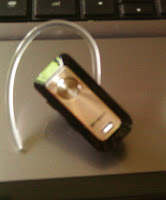 -a car vent-mounting universal holder adapted to attach on the pedicab's left armrest, beside my right hip and visible for the passengers as well. 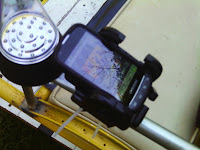 -the Square device (see above). 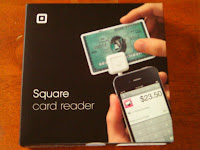 -a 16GB MiniSD data card. Last three items were from Staples. Thanks to my cashier, NeoFox! He's a furry, too!

-a tripod adapter that clamps onto devices.

-a portable bluetooth wireless speaker/speakerphone. These last three were ordered at Amazon.com and will take some time to arrive.

Now I feel one step closer to Technological Singularity!

Posted by Eric Cornwell at 3:34 PM No comments:

Posted by Eric Cornwell at 4:00 PM No comments:

Posted by Eric Cornwell at 10:43 AM No comments:

Posted by Eric Cornwell at 7:49 PM No comments:


Posted by Eric Cornwell at 6:36 PM No comments: