I tried daylight cab driving during Mill fest and got a place in the A NEWS / Sway the Crowd Productions video:

It was three years ago since I tried pedicabbing during a fest in the daytime. When I did it then, I was driving the old Raja Royal and had not been pedicabbing very long. My experience then was rather discouraging, because I did not make enough money to justify putting up with such a cacophonous maelstrom. I was jipped a number of times, the reason usually being given that the fest-goers had spent all their money on beer. I was also heckled quite a bit and even got bombarded with water balloons at one point. It was enough to put me off these festivals for quite some time, as their reputation for debauchery and dangerous activities continued to steadily rise. Last week, however, There was a house fire during Palmer fest as opposed to a regular couch fire in the street. The mayor declared it a riot zone and cleared the street with police, and afterward the city and university declared themselves in opposition to this sort of escalation in improprieties during street fests, so the backlash from this created a much more stringent and controlled environment during Mill Fest the following week. I was glad I did NOT go out during the day for Palmer Fest, although I made a good shift out of the later hours that night. During Mill Fest, however, I had not too much trouble operating, though I made less per hour than usual. I started at 7pm and I decided to stay out through the evening and quit at 3am as usual, but with frequent breaks since I was pulling such a long shift. I made a count of my earnings somewhere near midnight to see how the 7-12 timeframe compared to my usual 12-3 hours. I made just over $10/hr in the evening and almost $22/hr after midnight. Both rates are less than usual, but since I worked so long I earned enough to rank #3 in the best earnings in a single night in 2012 category. However, I also spent like $28 on food, getting Baba Ganoush at Souvlakis, (thanks a lot for the extra pita bread!) a grilled cheese from a fraternity fundraiser, a slice of pepperoni at Goodfella's, a Mata Hari at O'Betty's, and finally some banana/chocolate chip pancakes with bacon and coffee at the Union Street Diner before heading home. (Thanks Gabby!)

So, concerning future Street Fests in Athens, it seems like I may have to work them during the day and night if I expect to pull in the same amount of cash that I usually do. While the fests generally create more pedestrian activity, it does not always seem to correlate with greater earnings. The Friday before Palmer Fest is a notable exception, where I earned the most of any night so far this year. I might attribute that to an influx of visitors arriving for Saturday's fest and not having spent all their money on beer yet!

And for the record, this weekend was the best of 2012, netting over $300 in three days. I don't think I've ever had this many dollar bills at once! 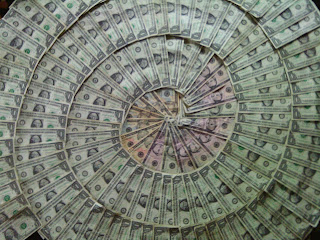