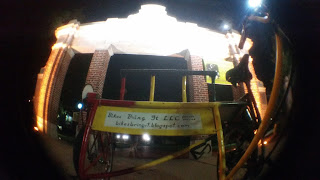 Hey pedicab enthusiasts! I have been conducting business for several weeks now during this fall 2015 semester at Ohio University. I took a nice break over the summer, so replete it was that when I returned to my cab-driving duties I was having difficulty remembering names and faces and even destinations pertinent to my business. 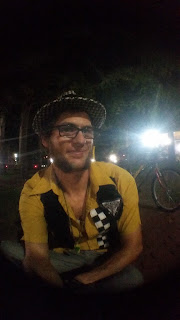 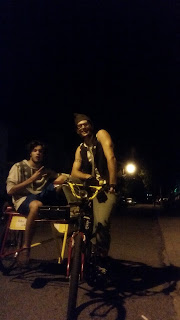 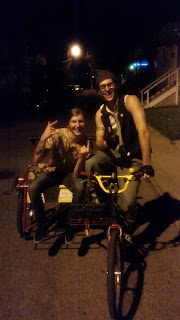 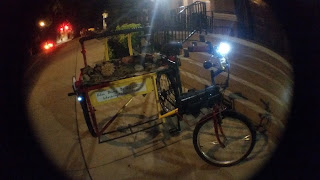 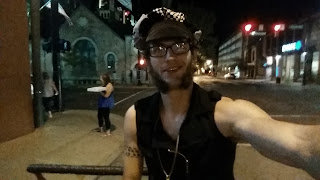 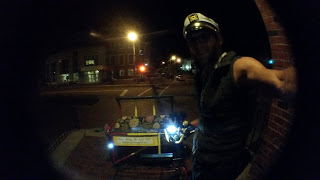 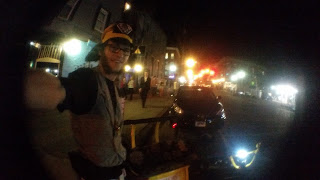 And for all the love you bike taxi bros and sisters have given me, I say THANK YOU! Your patronage and support is what makes this business a success. I couldn't be more grateful for all the compliments and positive vibes I get from you. 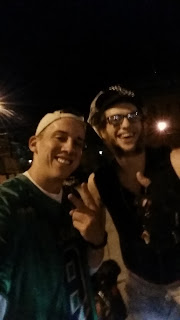 And take NOTICE that this blog has renewed its framing license for greenalp.com's LiveTracker service. The tracker works at the top of this blog page, however I noticed it fails to show in the mobile version, where it would be most useful. I believe you may be able to see the tracks using THIS LINK, but have yet to confirm whether or not it works on mobile devices. Because I have a newer phone now I can run the tracker much more liberally and not worry about draining my phone by using so many processes at once. The tracks have been set to last 18 hours, so you can view last night's pedicab run the following day and it will be erased before the next shift begins. Be sure to give me a shout out if you have tried following the live tracker and you appreciate this addition to Bikes Bring It's services. 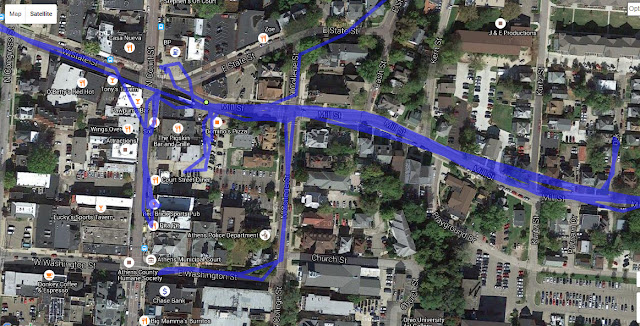 In OTHER NEWS, we have a recent festival, sidecar bike sale, and an ongoing sidecar bike commission being built under UpCycle Bikes. 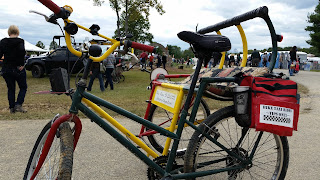 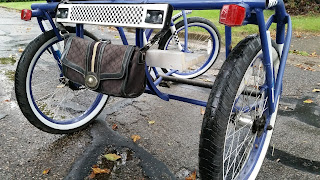 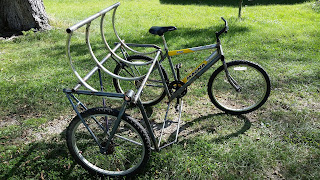 I brought 3 sidecars to the 17th annual Paw Paw Festival and put for sale signs on two of them while driving my mainstay the Rasta Buggy about and giving rides to some kidfolk. 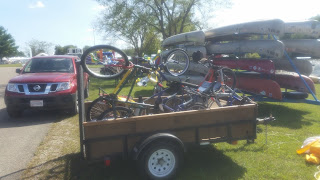 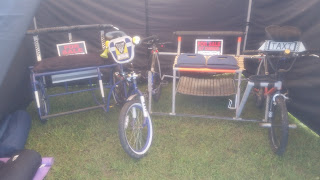 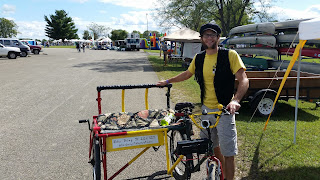 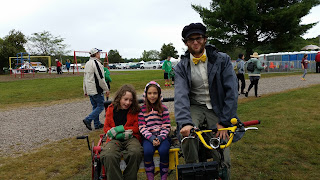 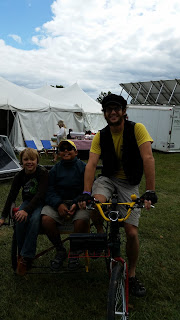 None of the bikes sold at Paw Paw, but I was surprised when a week later I was called and asked about purchasing a pedicab from a resident of Delaware, Ohio, who found me through the International Bicycle Fund's list of pedicab manufacturers. Within a few days the Blue Dwarf was off and on its way to northern Ohio, so I took plenty of pictures before she went. I only drove her uptown a few times last year and saw no hopes of renting her out around here as part of the BBI fleet, so letting her go made good sense even though I will miss seeing this sexy little bike ever again. 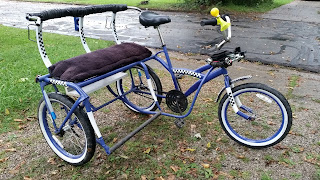 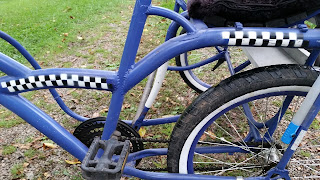 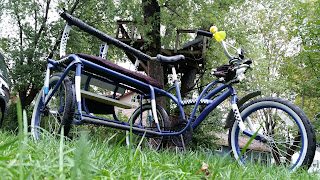 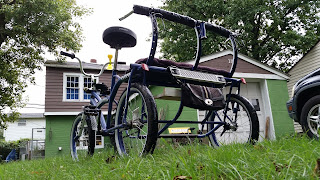 And finally, we have a bike whose design closely mimics the infamous Rasta Buggy which is being built for the town of Somerset, Ohio, where some grant money was procured to contract me to build them a passenger pedal machine. 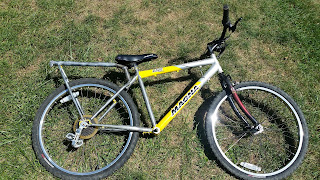 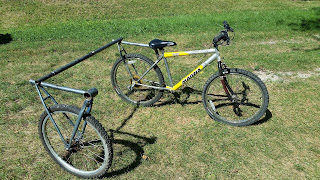 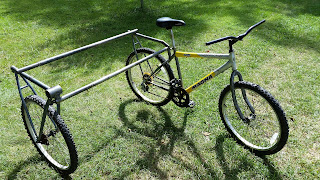 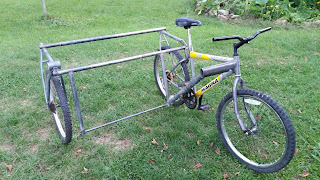 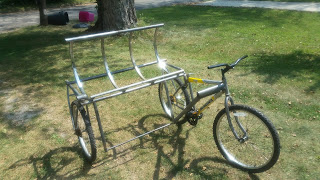 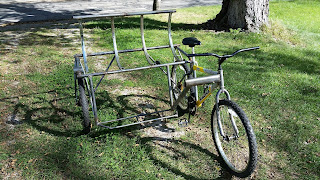 So thanks for reading about the latest news in Athens' greatest rickshaw provider, Bikes Bring It! See you out on the town, hopefully sometime real soon!

Posted by Eric Cornwell at 5:52 PM