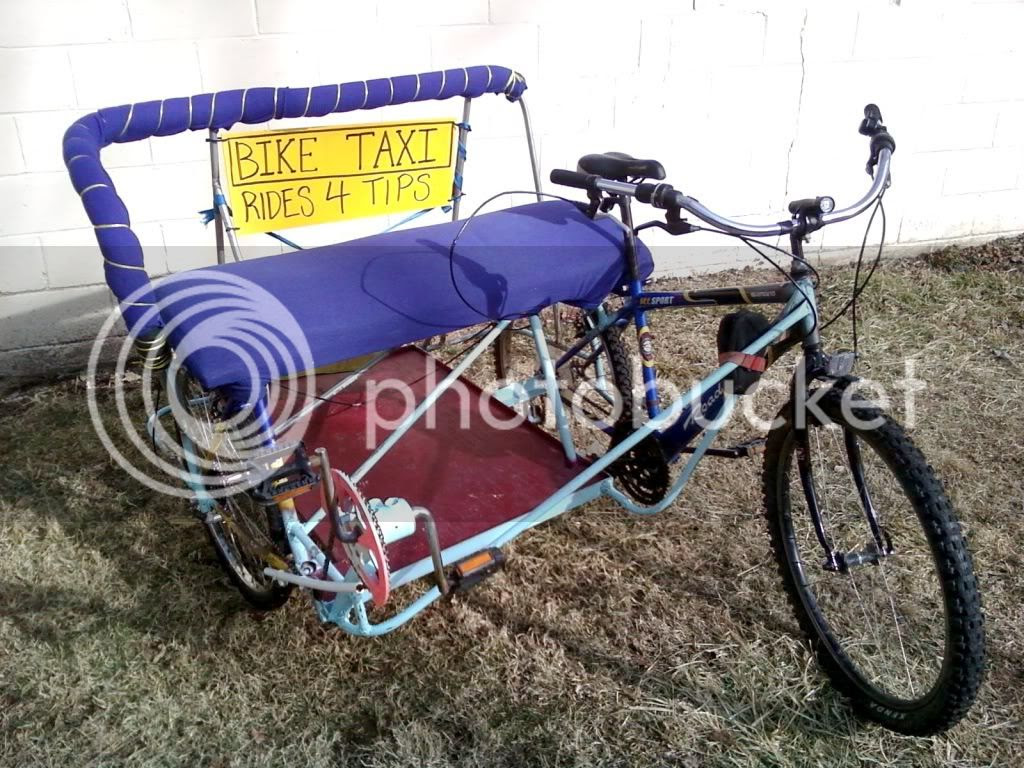 It's the new and improved version, Widecar 1.4 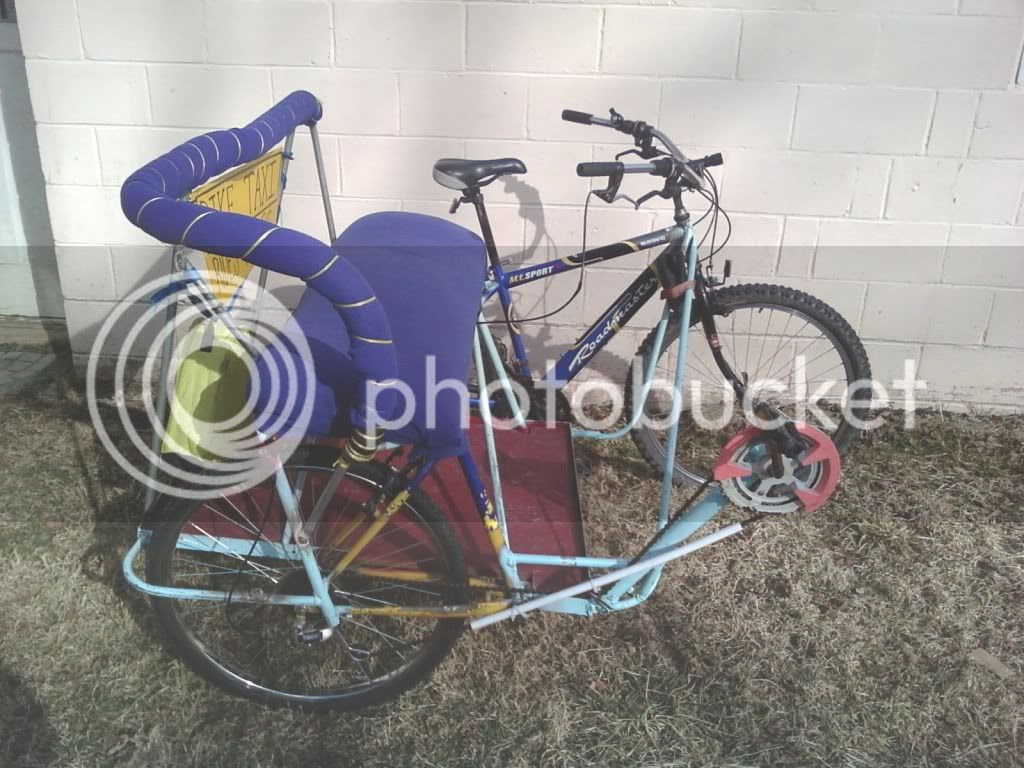 Yesterday I went about repairing and revamping this sidecar, in part for and upcoming parade including our strolling minstrel to help Dan Zimmer go to Holland in the name of Love. I also did it because my other sidecars are too small to easily carry three people, although it happens often. But if the car looks large enough to easily fit two passengers, people will hop on more readily. A lot of people would look at the Skruvskar or the Decidecar and say "Oh, no way. It's only a one seater." or advise me to get a 2-seater or a bench seat. Also, I hear a lot of "Where are the pedals? Can I help pedal this thing?" So the Widecar is now pedicab-worthy again to fill those requests. The drawbacks I face in using this sidecar is the heavier weight to chug up hills like Mill Street and also the potential to become overwhelmed with passengers and ruin a set of rims. At the Paw Paw Fest I let a gang of kids run amok with it and they were cornering it real hard and had kids hanging off the back of it to make it ride wheelies in a circle and such...which I'll admit looked fun and it was hard to be mad at them for bending both back rims.
The main difference in this version is the improved stoker seat backrest and armrest with two layers of pipe insulation and fleece blanket wrapped around it. Having the stoker more caged in has eliminated the
awkwardness of trying to pedal while feeling as though about to fall off the side of the machine. Also there is the chain tube I made from some flexible piping, because the chain is held low by an idler wheel on the top side and the bottom side crosses beside it twice.  Besides that, the "BIKE TAXI - rides 4 tips" sign, a saddle pouch up front for the ePod and radio, the slow moving vehicle bag I used on the other car, a Safety Bug rear blinky, and a LED flashlight/laser pointer secured with electrical tape for a headlamp. Further improvements to make on the Widecar include:
Posted by Eric Cornwell at 9:41 AM